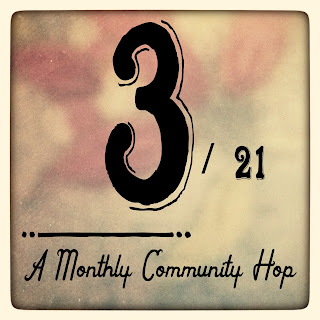 Email ThisBlogThis!Share to TwitterShare to FacebookShare to Pinterest
Labels: bloghop

"Up Syndrome" by Megan Abner. Reviewed by Stephanie Sumulong

Recently I received a copy of a new book called "Up Syndrome:  It's all about the attitude" by Megan Abner.  I was excited to get my hands on this book for one main reason--an adult with Down syndrome wrote it!  Yes, you read that correctly:  a 30 year old woman named Megan who has Down syndrome wrote this book.  These are her words, thoughts, and feelings about what it means to have Down syndrome.

First it should be stated that the book is unedited--a friend of hers took her journals and typed everything out the way she wrote it.  Therefore punctuation, word usage, and grammar are not changed or fixed in any way.  That didn't bother me; in fact I preferred it that way because it really made me think about Megan and how she sees life.

Secondly it must be noted that Megan doesn't use the words Down syndrome; she believes that "down" makes it sound extremely negative and so instead she uses Up syndrome and she encourages others, especially her family, to do so too.

Thirdly, while this book is written by a person with Down syndrome and she does tackle some subjects related to Ds, the message from this book applies to anyone.  Life is all about your attitude and how you want to live it.  It's clear that her attitude about enjoying life and its challenges has made her the person she is today.  She says as much on pg. 4:  "It's all about what you think of yourself, there's nothing else, just put yourself into it.  Don't let anybody make you feel inferior".  I think that's a message that anyone can relate to, regardless of their connection to Down syndrome.

If I could sum up this book in one word, it would be pride.  Megan has a lot of pride about who she is and what she does.  She says simply how smart she is, how much she enjoys driving, how she loves putting words onto paper, how fantastic she feels about writing a book, how much she loves her jobs.  I don't think I've personally ever felt that way about myself and even if I did, I never said it aloud.  She not only says it, but she means every word of it and wrote every word of it down.  Her family seems to take a lot of pride in Megan too, based on the real relationships she has with her extended family--serving as maid of honor for her cousin's wedding--and how they treat her--she goes on adult vacations with her family, drinks beer and wine, and discusses hard topics like her grandfather being ill and wishing to see her before he dies.

When Megan discussed going to school, I was worried about her experience.  I realize that Megan is more my contemporary than my child's; she is nearly 30 years old and I'm 35--when she was in middle school, I was attending high school.  But I'm also a realist and I know that public schools and special education programs still have many miles to go before they truly educate everyone and educate them well.  It definitely saddened me when she talked about not having any friends and no one wanting to sit with her at lunch.  I am terrified of sending Owen to elementary school.  I am so worried that with his lack of talking and communication he will be limited in who will play with him or want to be his friend.  When someone like Megan, who writes and communicates well, has problems making friends, I have to wonder what will become of my boy.  And worse, will he ever be able to tell me if someone made fun of him or excluded him?

One of my favorite parts of her book is what she wants to tell every pregnant woman about having a child (any child, not just those with Up syndrome, as she says):  she wants them to know what her mother did for her (like homeschooling her in middle and high school when it became clear that the district wasn't doing its job), talk to these women about her thought process and how smart she is, and give kids an education.   She hopes that parents will teach their children to have open minds which would make people look at Up syndrome most positively.  An open mind about people who are different than you..........what a wonderful concept!

This book for me held a promise that even if someone has a disability s/he can still do great things.  Owen will soon be 4--too soon to tell what his future will be.  But I think the best thing to know as his parent is that he DOES have a future--it may not be the one that I dreamed about before he was born, but it will be HIS, whatever he decides to do or to be.  Megan states that "people with different abilities can make the world fabulous"; she's doing it her way and I know Owen will do it too.

Join the community of T21 Writers! Post your reviews, articles you find or write, and blog posts at: The International Alliance of Writers for Down syndrome: The T21 Writer's Alliance

Also a Project of the Alliance